Is Your Bush Home Disaster Management Plan up to Scratch? 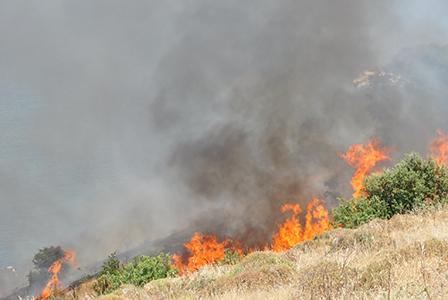 Is your Bush Home Disaster Management Plan Up to Scratch?

Did you know: Alternative power system designers are now able to upgrade grid-connect clients to a grid back-up inverter system. An inverter system that can export excess generated renewable energy to the grid as well as provide the added security of battery back-up power.

The line between grid-connect inverters, stand-alone inverters and uninterrupted power supply (UPS) systems has blurred in recent years, with the advent of a new generation of hybrid inverters. Selectronic has looked at the potential this development offers, not only to improve renewable energy generation, but also, how it can save lives in a disaster situation such as a fire.

M+H Power is proud to offer a range of Selectronic hybrid inverters.

One Victorian couple saw significant benefits of a grid back-up system: providing power security when it is most needed during the bushfire season.

How a “grid back” inverter can help in preparing against future fires?

Kinglake residents, John and Mary Broda were caught unaware by the 2009 Black Saturday fires They had only 15 minutes warning between noticing the smoke over the hill and fighting a blaze on their property. A major problem faced by the Broda family was having no electricity as power lines were destroyed by the fires.

Like many others, relying on the mains to power emergency equipment such as communications, water pumps and lighting, the Broda's were left with no means to ascertain fire direction and location and no means to defend their property once it arrived.

They had no warning when fire hit and just grab hoses and fight but found they didn’t t have mains water so needed electricity to power water pumps to fight the fire. Instead, they had to run to the old generator and manually start it, then go to the meter box and switch it over, by then…the front of their home was starting to burn.

Miraculously, the Broda family and their property have survived with little damage.

As part of their future emergency preparation plan following Black Saturday the Broda’s family installed an SP PRO Grid Back-Up inverter system (SP Plus Energy Kit) with the expectation that when they experience a power cut, this system will automatically power their house, emergency lighting and fire-fighting equipment, by using electricity stored in pre-charged batteries and an auto-start, back-up generator.
They liked this inverter system because it takes care of itself and does the switch over [from the grid to battery back-up] automatically. You don’t have to worry about it, you just have to grab your hose and off you go, The SP PRO inverter back-up system also allowed them to expand to include renewable power sources such as solar, which would allow them back-up power during prolonged grid outages and would reduce their reliance on a diesel generator.

M+H Power has all the solar components that would solve the Broda family challenge for now or the future. This includes solar panels, mountings, inverters, and battery solutions.

Back to Articles
Related Products
7 months ago
80 view(s)