Three Battery Technologies that Could Power the Future 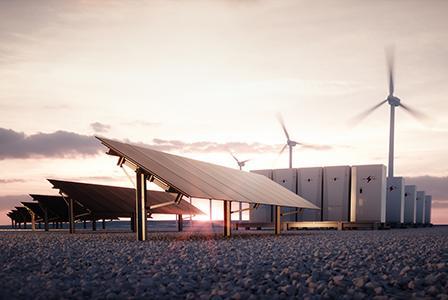 Three Battery Technologies that Could Power the Future

Currently, M+H Power are a strong advocate for the established Lithium-Ion battery technology, we currently have two brands in our range namely brands GenZ and Soluna.

The following article shares the current thinking on new battery possibilities. Our approach at M+H Power is to only launch when new products are commercially viable and extensive tested for reliability and durability.

Today, amongst all the state-of-the-art storage technologies, Li-ion battery technology allows the highest level of energy density. Performances such as fast charge or temperature operating window (-50°C up to 125°C) can be fine-tuned by the large choice of cell design and chemistries. Furthermore, Li-ion batteries display additional advantages such as very low self-discharge and very long lifetime and cycling performances, typically thousands of charging/discharging cycles.

A Li-S battery uses very light active materials: sulphur in the positive electrode and metallic lithium as the negative electrode. Therefore, its theoretical energy density is extraordinarily high: four times greater than that of Li-ion. This chemistry makes it a good fit for the aviation and space industries.

When can we expect it?

Major technology barriers have already been overcome and the maturity level is progressing very quickly towards full scale prototypes.
For applications requiring long battery life, this technology is expected to reach the market just after solid-state Li-ion.

Today, efforts focus on two main material types: polymers and inorganic compounds, aiming the synergy of the physico-chemical properties such as processability, stability and conductivity.

The first huge advantage is a marked improvement in safety at cell and battery levels: solid electrolytes are non-flammable when heated, unlike their liquid counterparts.

Second, it permits the use of innovative, high-voltage high-capacity materials, enabling denser, lighter batteries with better shelf-life as a result of reduced self-discharge. Moreover, at system level, it will bring additional advantages such as simplified mechanics as well as thermal and safety management.

As the batteries can exhibit a high power-to-weight ratio, they may be ideal for applications such as electric vehicles.

When can we expect it?

Back to Articles
Related Products
1 year ago
95 view(s)

Your ordered quantity for this item is more than what we have in stock.