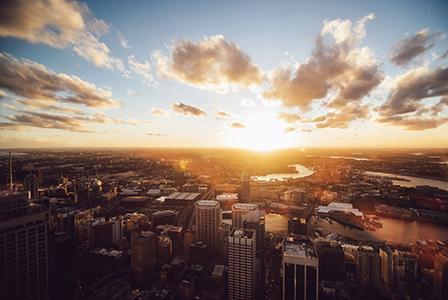 In this post, M+H Power has taken a detailed look at six solar technologies that may impact on the solar industry over the coming years.
M+H Power is currently in traditional monocrystalline roof top or ground mounted solar panels for residential and commercial applications. These tried and tested technology dominate the Australian solar market.

2021 new solar technology — where are we headed?

There are several interesting new solar panel technologies either in the pipeline or just commercialising in the market. These promising technologies could potentially revolutionise the way we think about not just solar, but energy production in general.

“Floatovoltaics” are photovoltaic solar power systems created for floating on reservoirs, dams, and other water bodies. Currently, there is limited number of case studies in Australia e.g Council trialling on water sewerage plant in NSW.

The concept of residential solar roof tiles was first announced in Australia nearly five years ago, and recently launched into the market. Currently, although a lot of interest in the concept, the price on roof is prohibitive expensive versus other traditional installation methods. It’s currently over twice what you would pay here for a high-quality tile roof and an equivalent standard solar system.

The solar product looks like a normal roof tile, but it isn’t cheap!

Building-integrated photovoltaics seamlessly blend into building architecture in the form of roofs, canopies, curtain walls, facades, and skylight systems. Unlike traditional solar PV panels, BIPV can be aesthetically appealing rather than a compromise to a building’s design.

Solar skins are a novel PV technology to integrate custom designs into solar panel systems. The solar skin technology is like the ad wraps displayed on bus windows. A manufacturer in the US is testing the concept of solar skins. At this stage, this technology is not in Australia, however, there are certainly commercial interest in the concept.

Solar thin-film skins maintain high efficiency due to its selective light filtration advancements. The sunlight falling on solar skins is filtered to reach the solar cells beneath it. Solar skin panels can also be beneficial for businesses or government offices. They can be customized to display business logos, business advertisements, a country’s flag, and so on.

Solar radiation is available all over the planet, so why not generate your own energy, wherever required? Imagine that besides producing solar power at a fixed location, you could also do it while on the move through your own clothing.

Researchers are developing solar fabrics with a vision of including solar power in each fibre. These solar filaments can be embedded into your t-shirts, winter coats, or any other clothing to help you keep warmer, power your phone, and provide energy for other needs while you’re on the go.

There are several areas where researchers have attempted to combine solar fabric and solar panels, which include:

Solar fabricated household clothing can help you save on solar panel mounting and installation costs.

Highway traffic noise has always been a concern for everyone impacted. To overcome this issue most states have adopted various formats of traffic noise barriers.

Noise barriers were always constructed with the single aim of designing cost-effective barriers that efficiently perform noise abatement functions. However, now overseas companies such as US Department of Energy are setting new goals such as merging noise abatement with sustainable power generation.

This also will be of interest to Australian state and federal transport and energy departments as the concept evolves.

Back to Articles
Related Products
7 months ago
83 view(s)